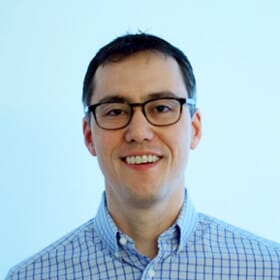 I started “CrossFit”-ing solo in 2007. Eventually started doing Crossfit group classes in 2010, and finally moved to personalized fitness programming with Sean in 2012. Working with Sean has transformed my fitness and health. When I came to OPEX Baltimore, I thought I knew a lot about fitness and I was skeptical that I needed any help. That was six years ago, I’ve started and haven’t looked back. The results I got from Sean’s programming was so immediate and so impressive — even while I was limited by an outside the gym injury — that I’ve been with him ever since.

Sean and the coaches at OPEX Baltimore bring something special to the table. First, they’re really experts. They’re passionate about what they do, and it shows. The fitness world is full of so-called “trainers,” who get by with some enthusiasm and a shallow knowledge of how to execute various exercises. There’s a world of difference when you’re working with someone who has a deep understanding of how to build a training program.

Two years ago I moved away from Baltimore and I’ve since worked with Sean as my Remote Coach. At first, I had a little trepidation about working with a coach I didn’t see in person, but the transition to remote coaching has been seamless. We are in virtually constant contact through the Fitbot app, email, and occasionally Skype. Sean can see exactly what I’m doing and how I’m responding to each workout and each exercise. When I have questions or he sees an issue in my workout, I hear from him immediately — usually within a few hours. We even take video of some exercises so Sean can check my form.

Deciding to work with Sean was one of the best things I ever did for my fitness and health. I’m an attorney, and we have a saying: “the lawyer who represents himself has a fool for a client.” Turns out, that’s also true when it comes to your fitness and health!

Ready to get started?

Still have a question about our services?